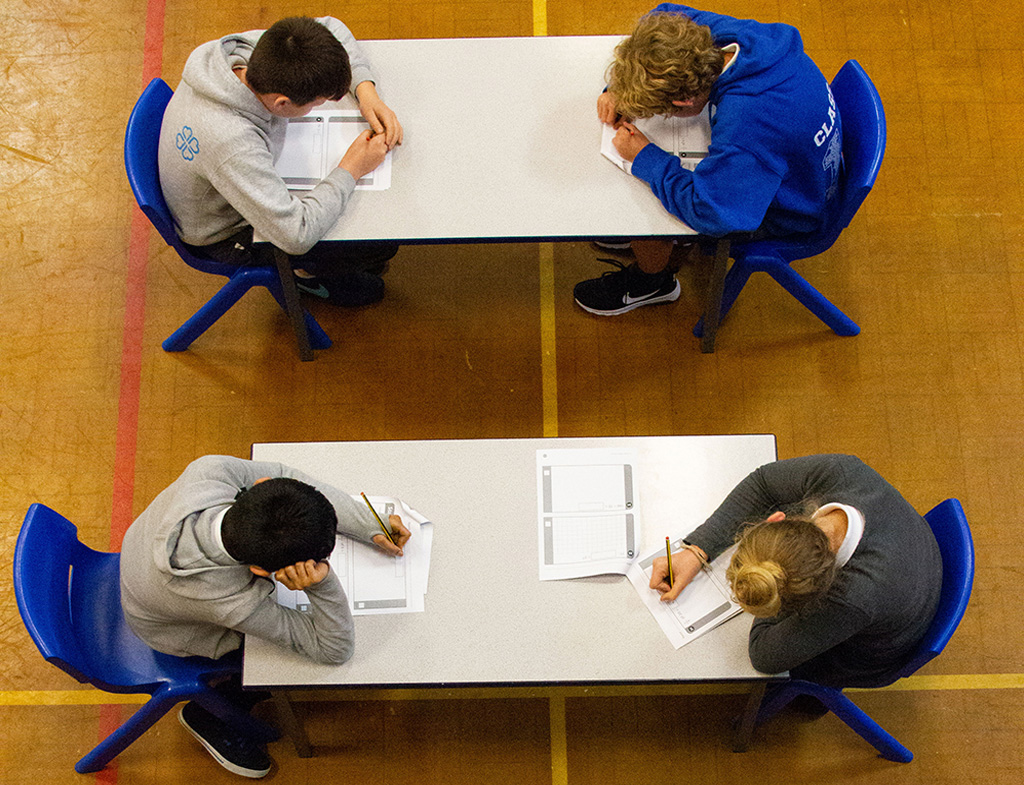 SATs don’t just fail Year 6… Why are we not talking about this?

“On the day I left teaching a student apologised to me – he felt he had ‘failed me’.

It was GCSE results day and this was a Year 11 boy who had just received his English results; he had gained a level 5 for Literature but ‘only’ a level 4 for Language. The DfE assure us that the bottom of a level 4 equates to the bottom of a grade C – so surely a pass? But this student was basing his failure on the target grades he had been given to work towards – throughout his secondary school career he had been told the target he must aim for was much higher than a level 4 – the implication being that based on the score achieved in his KS2 SATs this target should be possible to achieve. In the same way that ‘satisfactory’ no longer means just that, a ‘target’ has become an expectation and something to be judged on.

This was not a student who hadn’t worked hard, in fact after a sometimes unsettled start to secondary school, often working with support, he had made a conscious decision to commit to his GCSEs and had worked extremely hard in English – even enduring ‘swot’ comments from the friends he would normally ‘mess on’ with; he wanted to do well and was determined to try to meet that target.

But this was a target imposed upon him based on the results of a flawed test taken five years earlier, crammed for at primary school by teachers who themselves were striving desperately to meet unobtainable targets. He had been taught to pass a test and his score was not an accurate assessment of what that child was capable of. Time wasted teaching to a test had left him unprepared for the demands of secondary school, the depth and range of knowledge required and the embedding of basic skills necessary. Much of his time in lower school was spent catching up.
The day I gave this child his targets in Year 10, his face dropped; his incredulous response: ‘I’m never going to achieve that am I?’ He lived with the target for two years in the knowledge that he was unlikely to achieve it and despite repeated reassurance that he was working brilliantly and that it was just that, a target to aim for, he never quite lost that worried look. In his mind, no matter how well he did, he was never good enough.

Each set of progress monitoring sent home served merely to reinforce this to both him and his parents; every time he was ‘flagged up’ by data entries that colour-coded him as ‘underachieving’; each time he was targeted for extra intervention or spoken to by his head of year about working harder. For two years he was reminded almost daily that he ‘could do better’.
He did work hard and he did make massive progress – on an individual level he was a huge success story – the day he gained a 5+ in a mock exam I cried! I even asked my head of department to double check it before giving it back to give him the reassurance of us both that he was improving. His shy response: ‘Nice one!’ But on a grid of data he still flagged up as failing because the outcome of his KS2 SATs at the age of eleven suggested he could do better.
As teachers we are expected to differentiate and focus our teaching on an individual’s needs, however the system imposed upon our assessment of those same children expects them to progress in a steady linear route, not taking into account the individual at all.

It wasn’t just his English targets that were set using his KS2 English and Maths data; the target for every other subject he took was based on those two results. A PE target set on how well he did in Maths and English at primary school…

As I said goodbye to one of the hardest working students I have had the pleasure to teach, now embarking upon an apprenticeship that he had worked independently to secure, I was able to reassure him confidently that the failure was in no way his; the failure instead being that of a pointless and damaging test system that sets children, teachers and schools up to fail. Why?”