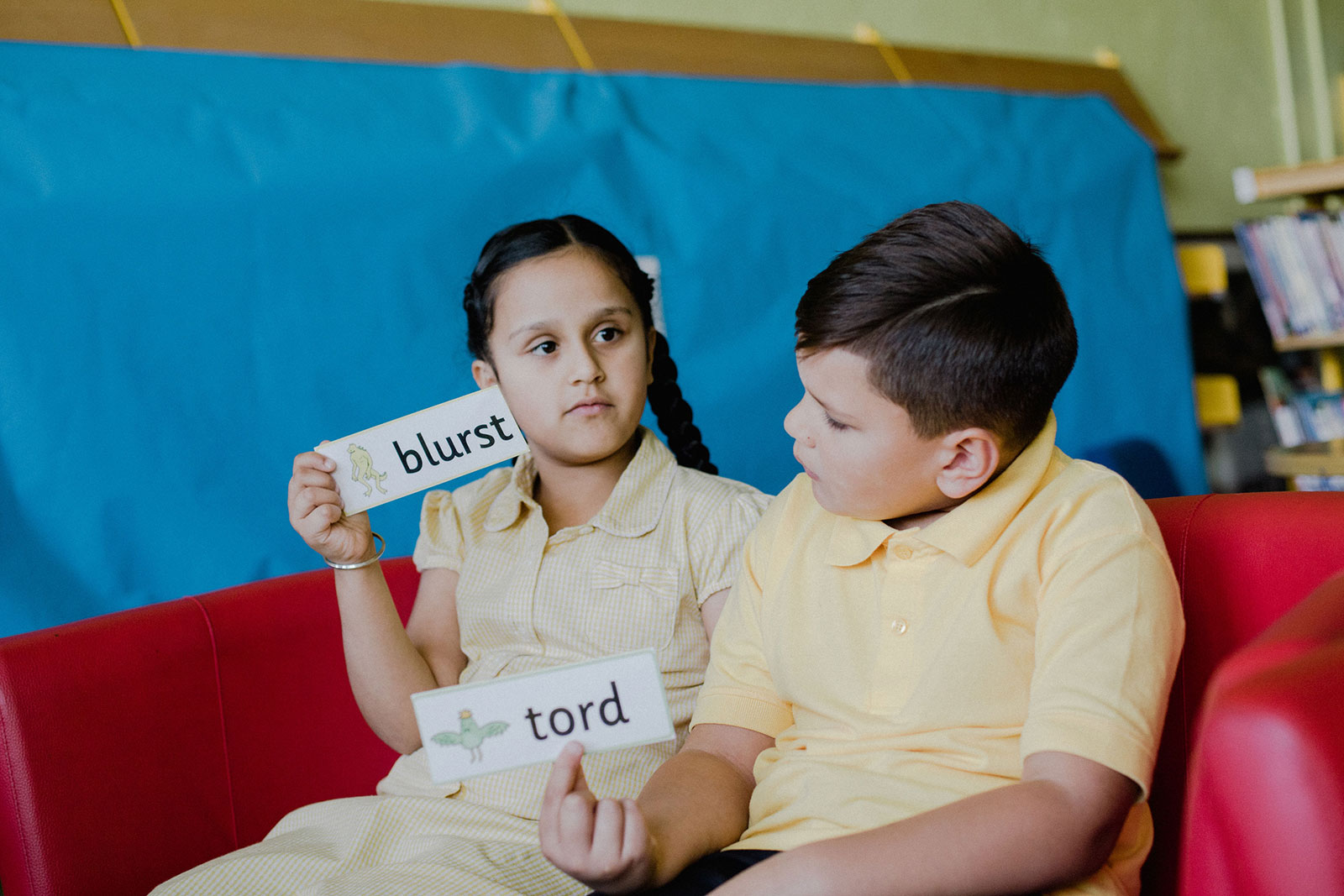 The Phonics Screening Check – why all the fuss?

On 15th July the Standards and Testing Agency (STA) revealed proposals to make primary schools in England conduct the Phonics Screening Check (PSC) in the autumn term of Year 2, for children aged 6/7. The PSC is usually done in the summer term of Year 1, but these children missed the Check because of school closures. The STA propose that the Check is done in the autumn so that children who do not meet the standard can be tested again in the summer of Year 2, as normally happens with those who don’t ‘pass’ in Year 1. This has not been a popular announcement with heads, teachers or parents. But this test has always been controversial – why is that? And why is it so problematic this autumn?

What is the PSC?

The PSC is a one-off test of whether children can use phonics to decode words and some non-words. These nonsense words are phonetically logical, but made up; for example, ‘bom’ or ‘thrup’. We can sound out these words using phonic knowledge, even though we do not know what they mean. Real words which are spelt phonetically are included too, for instance ‘left’ or ‘dentist’. Usually children take the test in Year 1, and if they reach a particular score out of 40, they do not have to take it again in Year 2.

The PSC was introduced in 2012 as part of a series of reforms when Michael Gove was Secretary of State for Education. The policy began when Gove, in a speech to the Conservative Party conference in 2009 (while in opposition), stated: ‘The biggest failure of our education system is the failure to teach children the most important skill of all – the ability to read’. The solution was a ‘a simple reading test for children after two years at primary school to make sure they are reading fluently’. As the policy evolved however, the ‘reading test’ turned into a ‘Phonics Screening Check’, despite the negative responses to a government consultation and campaigns from professional bodies such as the National Literacy Trust.

Why is it controversial?

The main reason why the test is controversial is that it prioritises one part of learning to read over others. Decoding phonetically consistent words is not reading, to put it simply. Anyone who has observed the process of learning to read in English will be aware of the complexities of the language and the fact that a knowledge of phonics – how the symbols on the page relate to the sounds we make – is only part of the skill of reading. The introduction of a test on phonics specifically, alongside funding for phonics teaching schemes and training, promoted one form of teaching reading above all others, much to the concern of experts in literacy.

Furthermore, the use of non-words is controversial, as it encourages teachers to train children in reading nonsense words for the purpose of the test. A child who can read fluently will self-correct the non-words (for instance, turning ‘strom’ into ‘storm’), and so the test produces false negatives. It is also not particularly helpful in identifying who can read, which is a stated aim, because children can pass the test without being able to understand the words. Decoding can simply be ‘barking at print’, as the memorable phrase suggests. Finally, the test is not seen as useful in identifying children who need support with reading. Teachers already know this, from their usual teaching and informal assessment.

What difference does it make?

The problem with the PSC for many is that it has an effect on the curriculum taught and classroom practices. The test results are part of the accountability agenda, so teachers are motivated (and encouraged by school leaders) to prepare children for the PSC. This means teaching them to identify non-words and decode them accurately in Year 1. In Reception and Nursery classes, Phonics has become a subject in itself, separate from Reading, indicating the prominence of this particular area. Many schools use bought in Phonics schemes such as Read Write Inc., to structure their phonics sessions and assess children’s phonetic knowledge. If your child has learnt to write the letter ‘m’ saying ‘Maisie, mountain, mountain’, then your school uses Read Write Inc.

The sequential nature of phonics has also encouraged particular practices of grouping by attainment, along with the suggestion of some schemes that children should be grouped by the ‘phase’ of phonics they are assessed at. This meant that in research we conducted in 2017, children were being grouped for phonics even in nursery, and put into sets in Reception and Year 1. Teachers described this practice as a ‘necessary evil’ due to the pressures of the phonics check. There were also examples of teachers prioritising the children who were seen as ‘borderline’ in passing the PSC, using additional sessions to ensure these children met the standard. In short, the high stakes nature of the test encourages a focus on the assessment itself, rather than learning.

The STA has stated that schools can use a past version of the PSC with Year 2 children, to identify who needs to take the Check again in summer 2021. Their suggestion is that without the autumn version, all children in Year 2 will have to take the PSC in the summer as they missed it. This implication – that missed tests will need to be caught up – was not clear in announcements about the cancellation of statutory testing in 2020. The results will be reported to the DfE, but not used to analyse school performance.

Requiring schools to conduct the PSC in autumn of Year 2 will force teachers to spend time preparing children, who may have been out of school for six months, for a test which serves very little purpose. Some children will be reading fluently and struggle to return to phonic decoding; others will need intense revision of phonics. Everyone will need to be taught how to read non-words, even if they make no sense.

What’s more, these Year 2 children will also face Key Stage 1 SATs in the summer term. For some, that will mean three sets of government tests in the year before their 7th birthday.

All the evidence from teachers so far suggests they want things to change in schools; asking schools to conduct a pointless test in heir first term back is the opposite of what they need.

If you agree that primary school children should not be sitting government tests in the 2020/21 school year, please sign our petition.