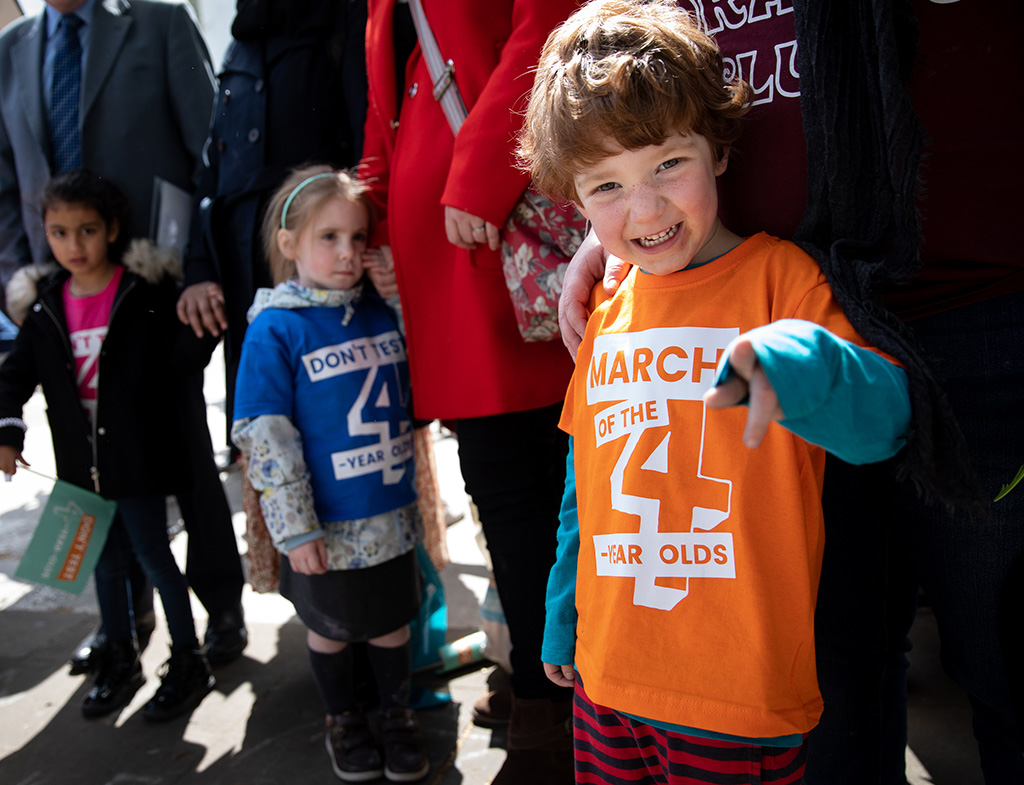 A statement from More Than A Score on the baseline pilot

Nancy Stewart from More Than A Score and TACTYC, the Association for Professional Development in Early Years, comments:

“The DfE has revealed that only just over half of primary schools will be taking part in the reception baseline assessment pilot. Over 7000 schools have said no. The number of participants is embarrassingly low for the government and demonstrates the level of opposition to the scheme among heads and teachers.

“In many schools, we know that schools have signed up to ensure that feedback represents the views of all those across the sector, or to get advance sight of what they will have to deal with in 2020. In other cases, heads have signed up to the baseline pilot against the better judgement of the reception teacher. So the DfE should not in any way see this as an indication of numbers of schools supporting the scheme.

“It’s worth remembering that the majority of primary schools participated in the last failed attempt to introduce this plan just four years ago. They discovered its fundamental flaws and this must have contributed to the low take-up of participants in the pilot.

“Such a huge change in education policy needs consensus and support from those who will be implementing it. That’s clearly missing here.

“We’re confident that schools participating this time around will also very quickly become aware of how unreliable, unfair and useless such a scheme will be.”