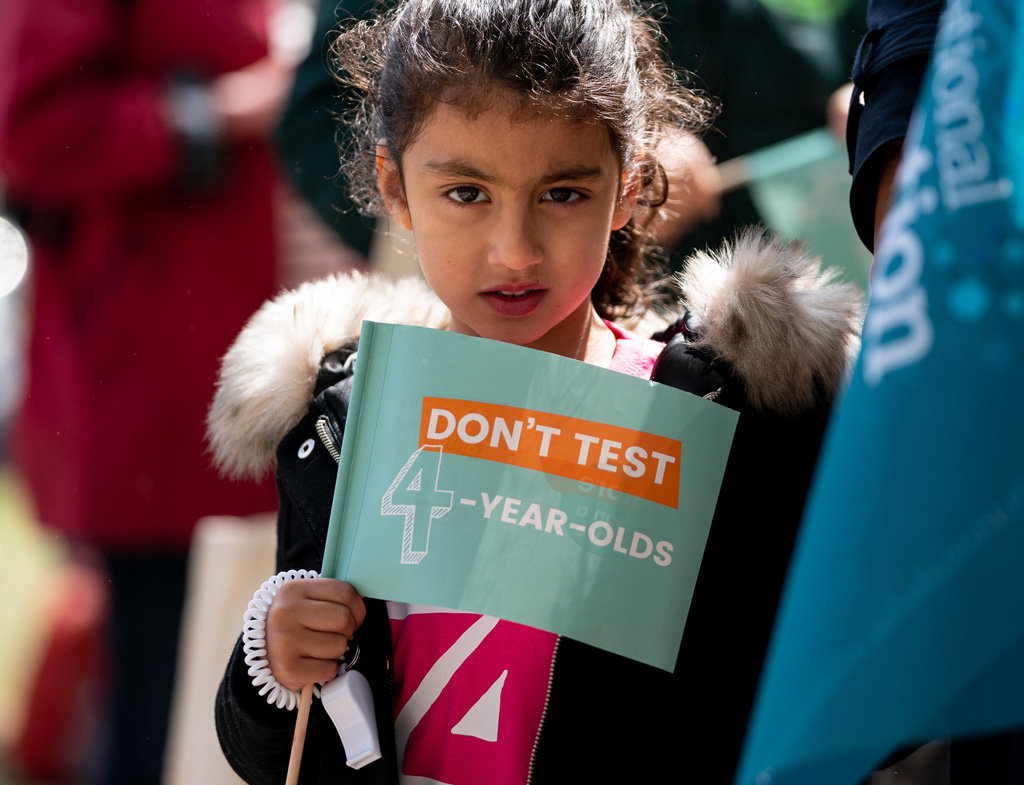 Ahoy there DfE! Give Baseline the Heave-Ho!

On Thursday last week a bunch of wonderful 4-year-olds will march on Downing Street!

This might seem silly – it might seem daft… but that’s kind of the point – 4-year-olds are a bit silly, and they are a bit daft!

When my son was 4 he spent days talking like a pirate, answering only with “arrrggggghhhh” or “pieces of 8, pieces of 8”. It drove me insane! He adopted a pirate language which he would use in every possible situation. Do you want some tea? “Aye, Shiver me timbers , that I do matey“ Did you wash your hands? “Yo ho ho, I washed them with rum…” You get the picture.

So, what’s even sillier and even more daft than 4 year olds marching on Downing Street? Using data derived from testing these 4 year olds to prop up the entire school accountability system, that’s what!
In September, schools all over the country are being asked to trial a baselining system to measure children’s performance in English and maths when they first arrive in school. This data will not be used by teachers to help get to know their new reception pupils… teachers do that already and will continue to do so in their own tried and tested ways, learning about the whole child and their idiosyncrasies along the way. Conversely, the Baseline data will bypass teachers and go straight into the DfE’s accountability machine, remaining there for years, like buried treasure…

This treasure will be dug up when these children are older and wiser and used to compare their schools against one another. The answers these young children gave in their first weeks of school, when they were nervous and new, will be used to hold schools and teachers to account, providing figures for league tables and performance statistics for years to come.

Any data that would have been collected from my son when he was 4 would have been utterly useless in judging his ability in real terms. “What’s 1 + 3?” “Ahoy Matey!”, “Can you spell cat?” “Go walk the plank”… etc etc…

Gathering data from testing 4 year olds and using it years later as a reliable way to measure school success? Silly? Daft? Terrifyingly so!
This is just another part of the DfE’s obsession with collecting data and their refusal to listen to those telling them it is unreliable. This May, at the other end of the school system, more tests take place, just as unreliable and just as controversial. The Year 6 SATs are essentially baselining primary pupils before they go off to secondary schools, gathering data which will feed into the secondary school Progress 8 accountability tool, again used to hold schools and teachers to account.

Just as with Baseline, these SAT tests often provide unreliable data, not because of the age or inexperience of the children involved but because these tests are enormously high stakes for the schools. Over-preparation to achieve great results through Easter revision clubs, excessive homework and breakfast cramming sessions is all too common and leads to unreliable baselining for secondary schools and false target setting for GCSE. The DfE’s accountability system is already deeply flawed.

So, while we might have a giggle at the sight of these 4 year olds marching onto Downing Street this week, their cause is very serious. Their protest is not just about what happens in reception class. Baseline is part of a system that runs from the age of 4 to the age of 16 and it simply isn’t working.

These 4 year olds are marching against adding another layer of unreliable nonsense to an already unreliable system.

It’s time to give Baseline and SATs the heave ho… the DfE is steering a sinking ship!