More Than A Score’s response to the phonics screening check results, September 2019

The DfE is choosing to ignore the fact that almost one in five 5- and 6-year-olds have been branded failures and will have to sit this test again in a year’s time.

Drilling children in nonsense words just to sit a formal test is the wrong way to inspire love of reading.

The Phonics Screening Check is another stop on the conveyor belt of pointless testing in primary schools. It provides no useful information to teachers or parents. No wonder 85% of heads believe the test should not be compulsory.

The DfE’s own data demonstrates that the test makes no difference to pupils’ reading abilities by the time they leave primary school*, or even one year later when they sit KS1 SATs.** What a waste of the millions of pounds the DfE has spent on it since 2012. It’s time to drop the phonics test. 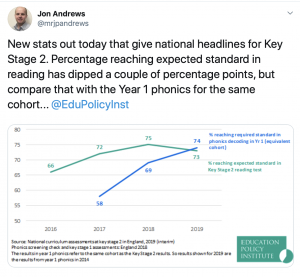 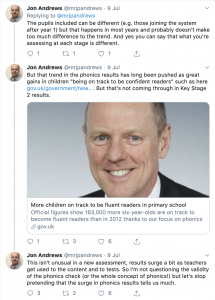