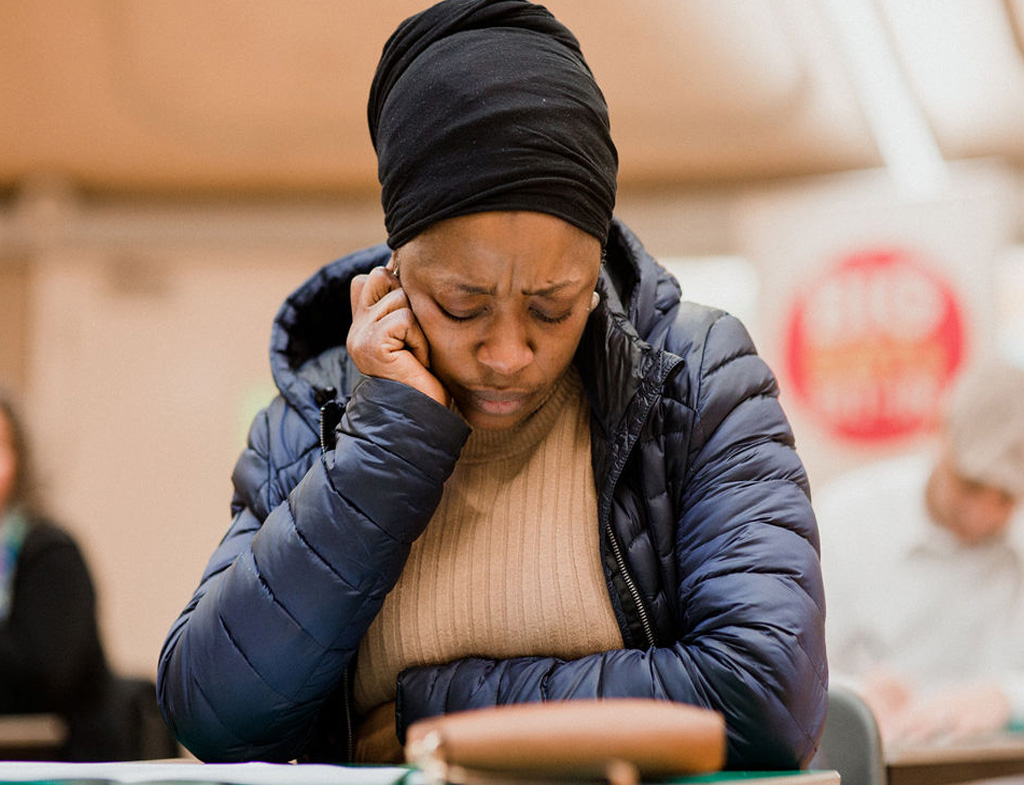 Parents across the country joined the Big SATs Sit-in to protest against the way primary school pupils are tested. From Devon to Stockton-on-Tees, they sat sample KS2 SATs papers — under test conditions — and saw for themselves the type of questions their children spend a year preparing for.

The events highlighted the absurd questions and pressurised environment 10 and 11-year-olds will face this spring. These tests will be the culmination of many months of preparation in the classroom when classes become focused on practising English and maths papers, while other subjects are sacrificed.

The Big SATs Sit-in was organised by More Than A Score, an alliance of parents, teachers, heads and education experts, working together to call for change to the Government’s policy on standardised testing. They point out that SATs place a huge burden on pupils, teachers and parents.

Madeleine Holt, spokesperson for More Than A Score comments, “Months are spent preparing for SATs at the expense of a varied and interesting curriculum. Children must perform under high-pressure conditions and, this year, over a third were told they had failed. It’s the wrong way to prepare for secondary school, or for the modern world.”

Participants in the Big SATs Sit-in faced questions drawn from the 2018 English grammar, punctuation and spelling paper and the 2018 mathematics paper. Like Year 6 pupils, they had a minute or less to answer each question. No calculators were permitted for maths, which includes questions on long division, long multiplication and fractions.

At the event in London, parent Zamir Zerguine who has children in Year 4 and Year 6, commented, “It opened my eyes. Before I didn’t realise how serious these SATs were. Kids need to have a good score because it affects their education in future.

“I think there is too much pressure on kids at this age. These kind of tests should be in secondary schools not primary schools.”

In Billingham, one grandparent summed up the view of many parents, “I just can’t get my head around, ‘why?’”

Madeleine Holt points out that the conditions of the tests mean most children are automatically at a disadvantage. “Pupils spend years developing problem-solving and creative-thinking techniques in maths classes. In one of the maths tests, they are then given just 30 minutes to answer 36 questions, putting undue stress on pupils who may be perfectly able to answer the questions in normal classroom conditions.

“Meanwhile, in English, hours of valuable school time are devoted to rote learning of grammatical terms purely for the purposes of testing. Despite their best intentions, many teachers find themselves ‘teaching to the test’. Learning grammar by rote contributes very little, if anything, to how well a child can actually express themselves verbally or in writing.”

SATs have been criticised by academic experts and, increasingly, headteachers as an ineffective way of measuring pupils’ progress and schools’ performance. Madeleine Holt continues, “It’s madness to brand an 11-year-old as a failure just as they are beginning secondary school. And it’s madness to use these tests as a measurement of a school as a whole.

“What’s more, SATs affect children’s targets for all subjects at secondary school. This means children who do well in SATs could be told they are failing if their marks from year 7 onwards do not match their year 6 results. The government must listen to the concerns of teachers, experts and parents and take action to protect our children’s education and well-being.”

The Big SATs Sit-in papers are now available for everyone to try. You can find them here.