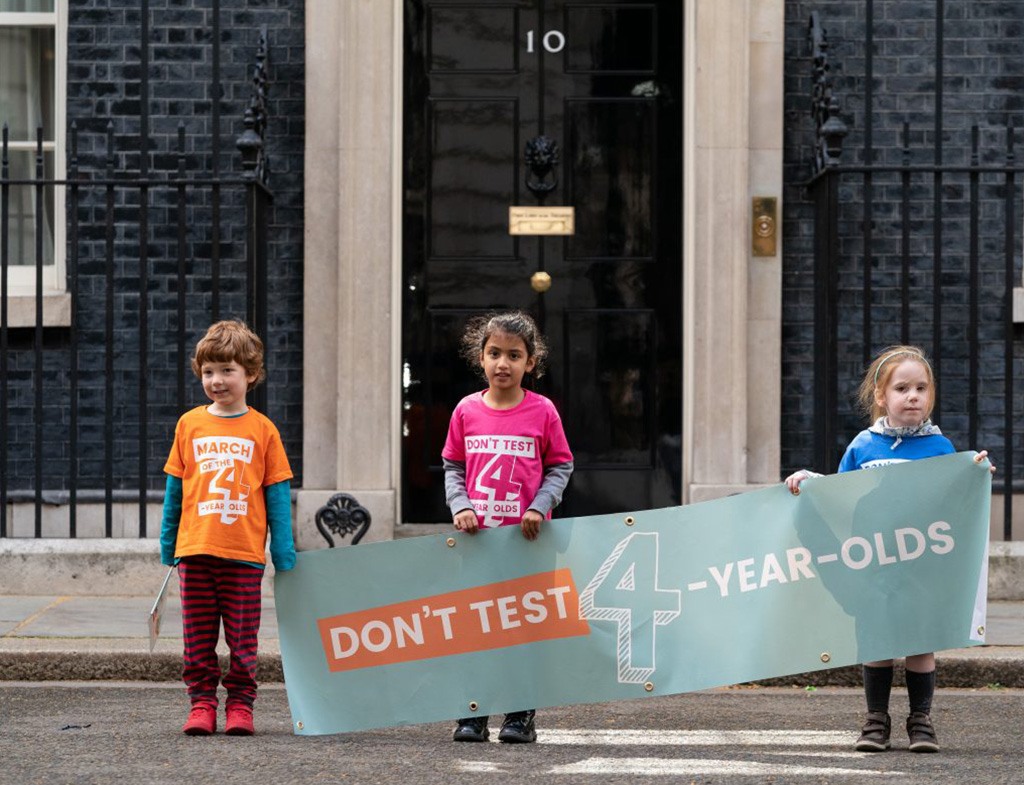 Parents say no to testing four-year-olds

A significant majority of parents disagree with the government’s controversial plans to test children in English and maths when they start primary school, according to our latest research.

We surveyed 2028 parents of children in state primary schools in England.* Almost two-thirds of parents surveyed (65%) oppose children being tested in English and maths when they first start school. The government plans to roll out reception baseline assessment (RBA) in all primary schools from September.

Primary school leaders are also opposed to the new tests. A recent study** by Dr Alice Bradbury, of UCL, revealed that an overwhelming majority (86%) of headteachers hold negative views about the government’s plans.

One of the main criticisms levelled by heads was the unreliability of the resulting data. Parents agree: 63% of those surveyed believe that testing four-year-olds in English and maths will not produce reliable answers.

Some of the strongest opposition to the government’s plans comes from parents in Yorkshire (74% of respondents oppose the plans), the North East (68% oppose) and the North West (66% oppose) where newly-elected Conservative MPs may now have to explain a policy which is out of step with their constituents’ views.

Opposition to the plans has come from all quarters. The British Educational Research Association has described the introduction of RBA as “flawed, unjustified and totally unfit for purpose”, while an open letter to the government signed by over 700 academics and experts condemned the plans as “pointless and damaging”.

Nancy Stewart, for More Than A Score, comments, “Parents, educators and experts all agree – testing four-year-olds makes no sense. It will not provide reliable information; it will not help teachers, parents or children. The government could still take the opportunity to listen to those who know best and halt these plans. It’s time to make our children more than a score.”

*All figures, unless otherwise stated are from YouGov plc. Total sample size was 2028 adults with children aged 3 – 13 in state primary education. Fieldwork was undertaken between 12th – 18th November 2019. The survey was carried out online.