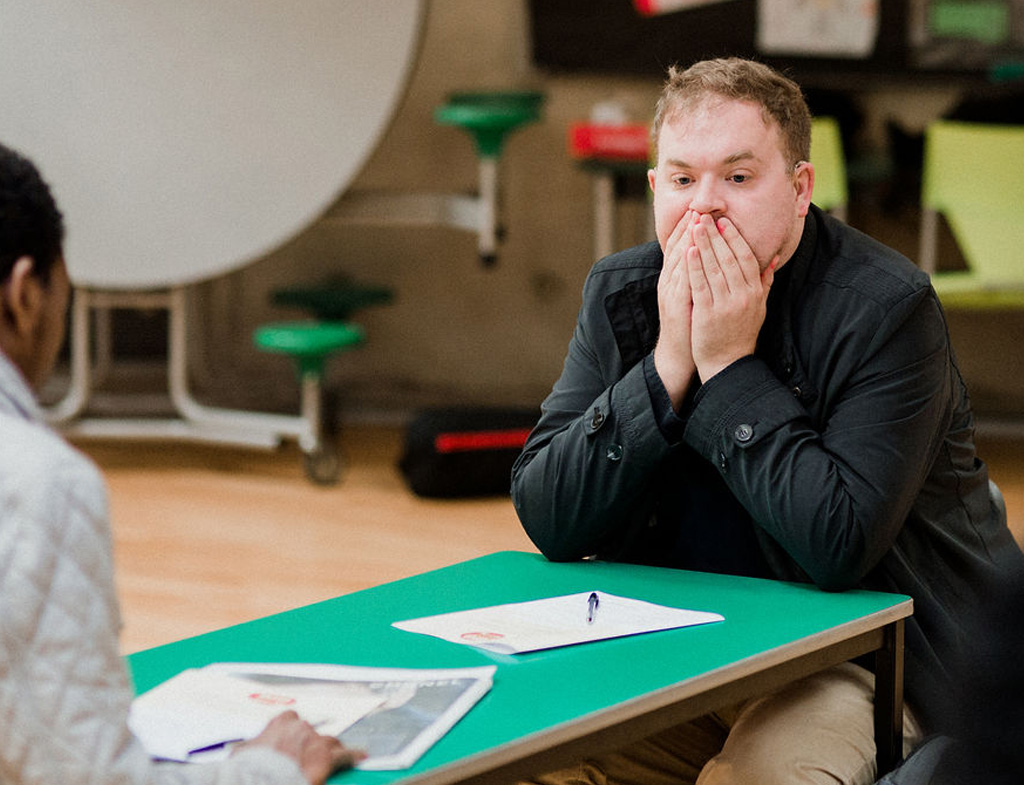 The Big SATs Sit-in: how we fared

What happened when a group of parents tried the SATs papers for themselves?

There was quite a lot of nervous laughter as we began our maths paper. Nobody really knew what to expect – some parents had tried the mini online test and failed and others had heard about the impact of SATs testing and wanted to see for themselves what their children would be experiencing.

The laughter soon turned to silent concentration, followed soon after by looks of confusion and eventually sounds of exasperation.

I consider myself to be a fairly proficient mathematician, but I ran out of time, as did everybody else in the room. Ten questions in 10 minutes doesn’t seem like a particularly daunting task until you find out that there is a lot of overlap in the higher tiered SATs maths paper with the maths GCSE. Then the pressure is on! One of the questions wasn’t attempted by anyone, we didn’t have time.

As for the English paper…. as the timer started the test takers had more of an idea of what they should expect from the test, but that didn’t help. Subjects, prepositions, relative clauses and tenses left almost everybody flummoxed. As the test ended the feeling of relief was palpable.
Then came the marking. Fifteen adults, including a teacher and a retired CEO, sat down to take the tests. All of them are successful and many of them are degree educated. Only two achieved the expected standard in Maths and only three in English.

Some of the parents who sat the papers as part of our Big SATs Sit-In knew what our children are being taught to do, others were really surprised and shocked. They questioned the need to administer these tests to their children and were soon asking our Headteacher the same thing. I discussed the English paper with my son, who is currently in Year 4. He already knows more about grammar than I do, but having this knowledge doesn’t enhance his ability to write creatively or persuasively, it doesn’t increase his understanding of the books he loves to read or help him in the conversations he has when working out problems with his peers.

We can laugh – 20 minutes out of our day to try something which has no bearing on our ability to live our lives, to progress in our careers or to be successful, if a little embarrassing, is not a big thing. For our children it is their future, it is how they judge themselves and how they, and our schools, are judged. It is how they are measured – it reduces them to a level and it diminishes all of the other qualities, talents and attributes we want our children to develop.